Card counting is relatively easy to grasp, but very difficult to put into practice. The basic idea is that you assign each deck of cards a base value. That then becomes a running total that you add to or subtract from each time a new card is turned up. If there seem to be lots of high or low cards left to deal, the running total will reflect this, and you can bet accordingly. We'll shortly explain in more detail why this information might be helpful. Before that, though, we ought to introduce our first card counting system.

You'll find there are a wide selection of card counting strategies to pick from. If you're just starting out, though, you'll want to cut your teeth with one of the simpler systems. We'd heartily recommend the Hi-Lo strategy. First outlined in Edward O Thorp's groundbreaking work, Beat The Dealer, this straightforward approach starts you off with a running score of 0. With each new card that is turned up, you either add or subtract from the running score according to the value of the card. Here are the simple rules:

As more low cards are turned up, the running score will be getting higher. And the higher it gets (particularly once it goes into double figures: +10), the more likely it is that there'll be a flood of high cards coming. And that's very good for the player. The dealer will go bust more often when high cards are being turned out. Blackjacks (an Ace plus a card with a value of ten) will crop up more frequently as well, and since these should be giving the player a substantially higher payoff, a greater frequency of blackjacks should see the player winning good money. Therefore, as the running score hits double figures, you should be starting to increase your bets.

Conversely, as more high cards are turned up, the running score will go further into the minus figures. A running score of -10 suggests that a run of low cards may be due shortly. And that's unlikely to be good for the player. With low cards being turned up, the dealer will be going bust less frequently, and few blackjacks will be notched up. In this situation, the house edge will be felt at its fullest, grinding the players into the ground. So when the running score hits -10, you want to be decreasing your bets and battening down the hatches. 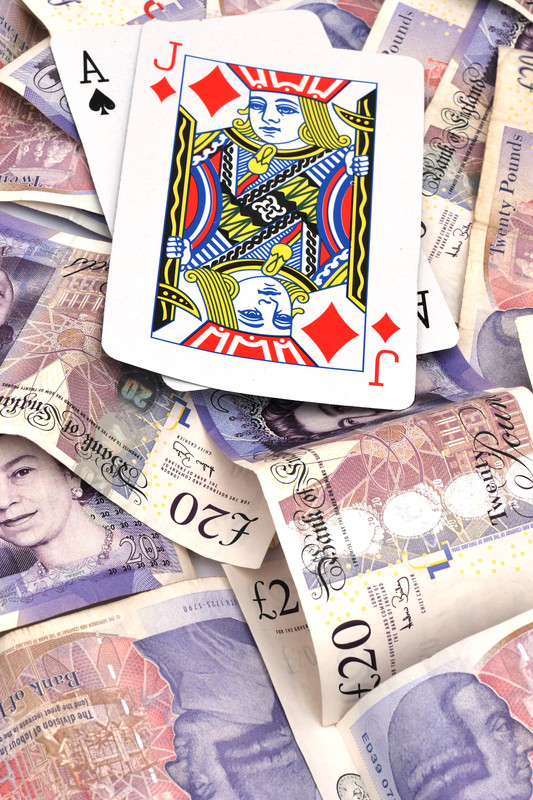 That, in a nut-shell, is the Hi-Lo System. It's a very simple approach, but you'll need to be able to calculate the running total almost without thinking about it. Practice again and again with decks of cards. Start by turning up individual cards, and saying whether the card is a plus, minus, or neutral. Once you're able to do this accurately, start calculating the running total instead. The maths isn't hard, but ideally, you won't be wanting to try the system out properly until calculating the total feels like second nature.

Make sure you can keep the figures going for long periods without making mistakes. The M.I.T. Team became known in the 80s for their flawless card counting, but they weren't always so strong. When Bill Kaplan joined the team, he found a group of disorganised individuals who played different techniques, and who made countless errors that cost them big sums. So he got them working with a single system, and he drilled them again and again until they could all count cards almost instantly, and with near 100% accuracy. If you want to make serious use of card counting, you need to be at this level as well. The Hi-Lo System is very straightforward, so there shouldn't be any excuse for making miscalculations, even when you've been playing for a couple of hours.

Also, think very carefully about how you increase your bets. Private casinos can stop you from playing if they think you're counting cards, so you don't want to tip them off if you can help it. Suddenly doubling your bet size is a great way of drawing attention to yourself. It would be far better to gradually increase or decrease your bets as the running total gets higher or lower. This is something else you'll have to keep in your mind, so work out a betting system and try calculating it as you practise your card counting technique.

The Hi-Opt I System

The Hi-Low System is easy to use, but it is a fairly blunt instrument. You're essentially lumping in the Aces with the Tens and Face cards. That's better than nothing, but it doesn't give you the most accurate answers to important questions. In particular, what chance have you of drawing an all-important blackjack? The count may suggest that lots of high cards are due, but what if a good number of the Aces have been drawn already? Lots of high cards probably won't help you pick up blackjacks if you're not drawing a decent number of Aces.

The Hi-Opt I builds nicely on the standard Hi-Low. Hi-Opt I was crafted by Lance Humble and Carl Cooper, who were themselves refining a system by Charles Einstein that built on Thorp's original Hi-Low. The rules are exactly the same as for Hi-Low for all but two of the cards - Ace and 2. In the original system, an Ace would result in one being added, and a 2 would result in one being subtracted from the total. In the Hi-Opt I, though, both cards carry a value of zero. So the new rules are:

These systems work well when just one deck is being dealt. Unfortunately, casinos tend to complicate matters by using multiple decks - often as many as eight. Indeed, it's this propensity to use eight decks that makes up almost the entirety of the 0.5% edge (even with optimum play) that the house enjoys. Hi-Opt I, though, adds a True Count that compensates for this. This involves dividing the running score by the number of decks left. The more decks there are left to deal, the higher the running score will need to be in order to be relevant. You'll also have to become proficient at looking at the remaining cards, and predicting roughly how many decks are remaining. When using the True Count, players will often start increasing their bet size when the count is as small as +4 or +5 (and decrease it when it's -4 or -5).

Skilled Hi-Opt I players will also keep a separate note of the number of Aces. Indeed, this is a change that you could easily apply to the original Hi-Low System. However, it is considerably more difficult to keep track in your head of two different figures. For the majority of players, the higher error rate will negate the slim advantage that comes from knowing whether or not upcoming runs of high cards are likely to feature many Aces. However, if you can become proficient at holding two separate totals in your head, you'll be well on the way to becoming a highly effective card counter.

Watch out for some future articles, where we'll be introducing you to the variety and complexity of some very different card counting systems.