The Surrender option is perhaps one of the most neglected features in Blackjack history. Even some of the classic works on Blackjack have little to say about this potentially spectacular firecracker of an option. Where players are aware of its existence, they probably bracket it with 'Insurance', dismissing it as a gimmick which is there simply to divert more of their funds to the casino's already well-stocked coffers. In most cases, it's actually quite sensible to have nothing to do with it, as its usage at the wrong time will increase rather than decrease the House Edge. But used sparingly, it can be a fantastic little addition, and a tool that could unlock even the sturdiest of house banks.

Surrender isn't one of the fixed features of Blackjack. It's optional, so some casinos will offer it to you, while others won't. Generally, the 'Surrender' option will be available to you as soon as you've received your first two cards, but before you decide to Hit, Stand, or invoke other special features (like Doubling Down). If you choose to Surrender, you'll throw in your hand immediately, giving up the possibility that you might be able to improve on your first two cards. As compensation, you'll get half of your stake returned to you. Effectively then, it's a way of slashing your losses when you suspect you're going to lose the hand anyway. 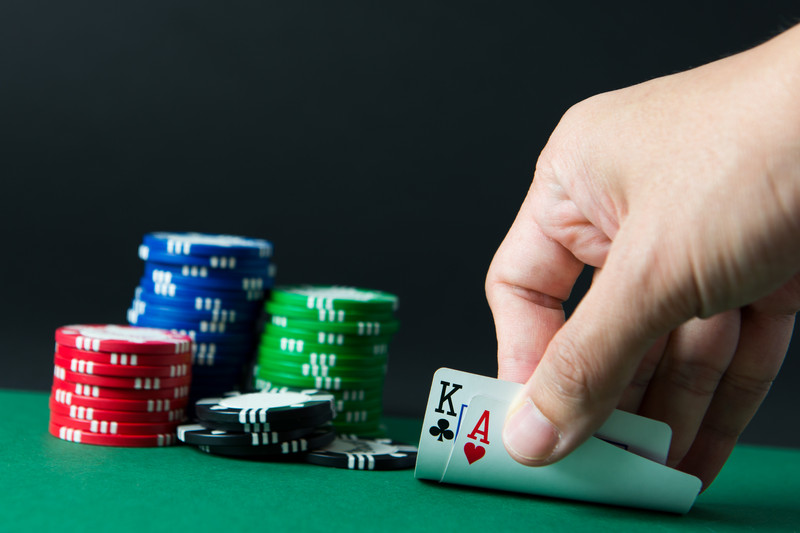 The effectiveness of Surrender will also be affected by the particular type of Surrender available to you. Some casinos will support 'Early Surrender', while others will cover 'Late Surrender' only. Late Surrender is far less flexible, since here you'll only be offered the option of Surrendering in situations where the dealer hasn't drawn a Blackjack. Ideally, you'll want to protect yourself where the Dealer draws that most decisive of hands, but only Early Surrendering can help you out in such situations. All things being equal, Early Surrender can decrease the house edge by 0.5 to 0.7%. Late Surrender, though, makes a difference of less than 0.1% - and, in most games, it cuts the edge by just 0.04 or 0.05%. Unsurprisingly, then, if a modern casino supports Surrender, it'll almost certainly offer the Late version only.

Assuming you're playing a version of Blackjack that supports only Late Surrender, what are you supposed to do to earn these few crumbs? Well, if you're not sure of the rules, you shouldn't bother with Surrendering at all - throw away a less than optimum hand, and you'll be bolstering the casino's edge significantly.

In general, Surrendering will only be relevant when the Dealer's card is either a 9, 10, or Ace, and when the player has drawn a 15, 16 or 17 that is 'Hard' - in other words, a 15, 16 or 17 that doesn't feature an Ace. The rules will also differ according to whether the Dealer can hit on a Soft 17 (a 17 that features an Ace), or whether they must stand on such a total. All things being equal, the casino has a bigger edge in games where the Dealer can hit on a Soft 17, so it'll benefit you to Surrender more often during these games.

Follow these simple rules, and you can typically cut the house edge by 0.04-0.06%. But don't be tempted to Surrender other hands, as you'll generally be throwing away cards that, over time, could make you more than the 50% that you're sacrificing. Many less intelligent players, for instance, will be keen to throw away low hands, like 12s and 13s, believing them to be inferior. In fact, Surrender is often a very poor choice in these situations. Casinos know that in the wrong hands, the Surrender option can cause more harm than good, so make sure you're one of the ones who knows when and when not to use it.

Every little bit helps. But for serious players, is it really worth considering an option that makes such a small difference? Well, as it turns out, there are games where it can pay very significant dividends to be considering the Surrender option. Specifically, if you're a card counter, and you're currently playing a game with an extreme running count that suggests plenty of big cards are likely to appear, you'll want to be cutting your losses far more often. Employ Surrender in such circumstances, and rather than cutting the House Edge by around 0.05%, you could affect it by as much as 0.25%.

At extreme levels (typically a True Count of +3 or +4), you might want to follow these rules instead:

Whether you're a Basic Strategy player or a Card Counter, Surrender (where available) ought to be part of your arsenal. Used properly, it can go a long way to eradicating that fearsome House Edge.